This little wall has been a loooong work in progress.  I have been collecting frames, one here, one there, over the past couple of years, and have been spray painting them all heirloom white as I got them.   I finally collected enough frames to fill the space and got them all hung up, but then it took me another long while to finally fill them all up with photos.  Tis how I work around here.  At one point I had so many empty frames hanging in my house, Mr. B told me he wasn't going to hang another single thing for me until I filled the ones I already had.  LOL.  I became the notorious empty frame hanger. 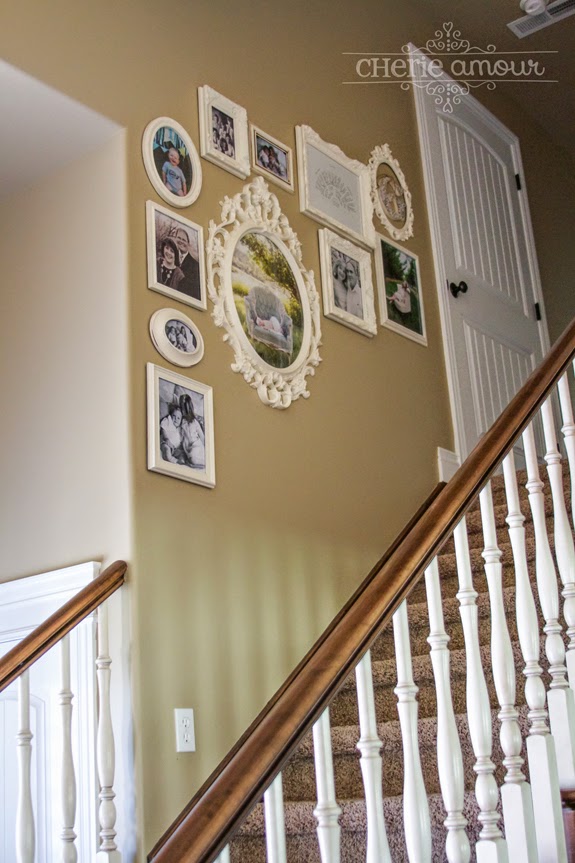 My stairs have open railing on both sides, but only half way up, and then the one side stops at a wall.  And then directly at the top of the stairs is a closet door, so this wall space is relatively small.  As much as I'd love a GRAND stairway gallery, this is as good as it gets around here.  Although, I've been debating having the frames wrap around that corner there above the railing to the left of the photo. (picture above) 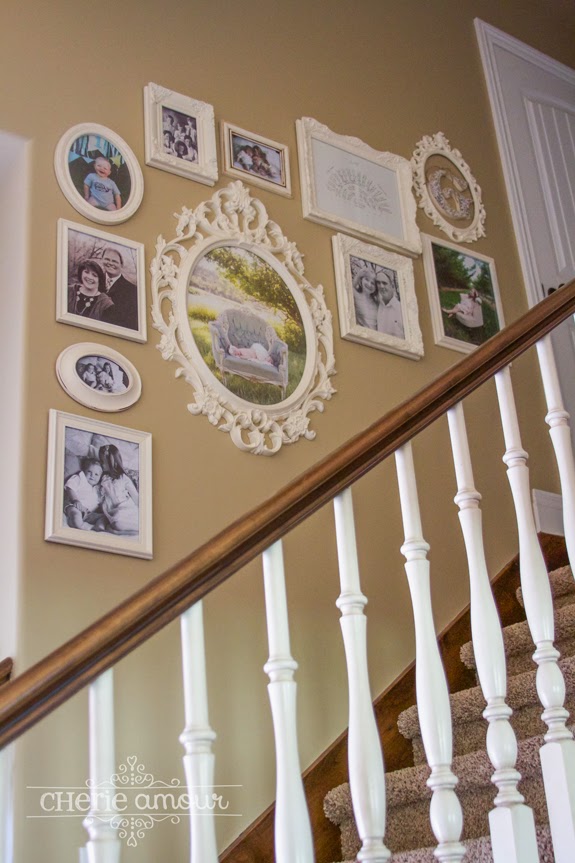 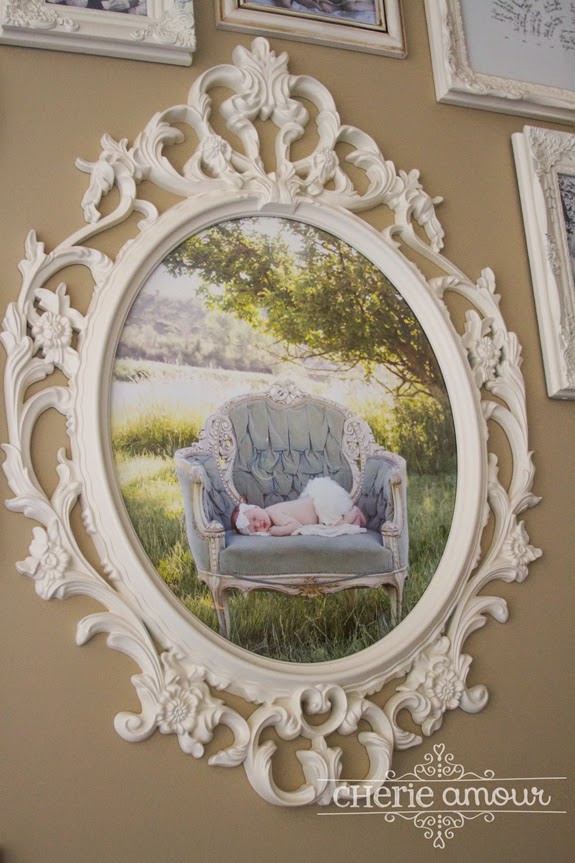 My sister in law Cat, from Catherinas Creative Corner made me this beautiful genealogy fan, which was the start of this whole wall.  My initial idea was to have only old black and white photographs of my ancestors surrounding this framed fan.  While I have those photos in other parts of my home, somehow they all didn't make it onto the wall.  Perhaps I'm just too in love with my kids??  LOL.  Oh well, some of them made it there anyway.  ;) 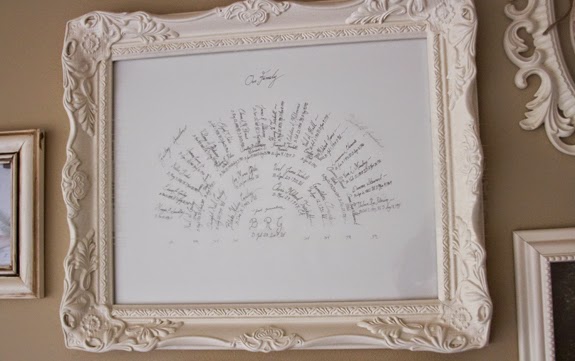 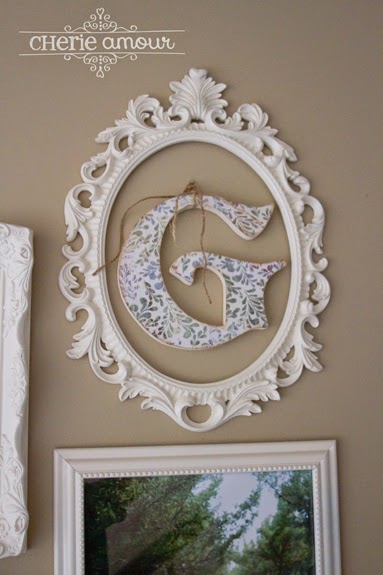 I'm not one to cut out paper templates to hang my gallery walls.  I do lay it out on the ground first to get a general idea of how I want it to look, but for the most part I just wing it; telling Mr. B "Ok, put this next one here." as we go.  :)
Posted by Cherie at 10:22 AM